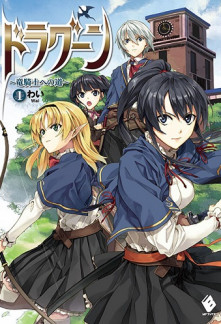 Rudel Arses, the first born of one of the ‘Three Lords’ of the Courtois Kingdom, is from a corrupted family, but at 5 years old, he saw a dragon in the sky and his dark future as a villain changed. He was considered an idiot, but was that true? How would his effort to become a dragoon change the kingdom?

His family and servants don’t care about him, only looking and doting upon the second child, Chlust, and his other sister from the same mother, Erselica.