I Don’t Want You To Be Responsible! 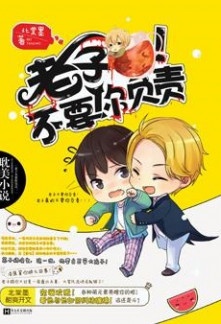 I Don’t Want You To Be Responsible!

After seeking pleasure in the nightclub and a night of romance, he discovered there’s a seed in his stomach;

After pondering back and forth, he decided to look for the father’s child for responsibility;

Fate was unfavourable, he was dragged to get an abortion, unexpectedly, his life was even throw in during the process;

When he once again opened his eyes, he had returned back to the night of pleasure under that slag man…

In order to avoid his past fate, Su Ziyang decided that this life, he would bring up his own child by himself!

However, Ling Zhanyi, what happened to you!

Lao Zi merely had an one-night stand with you, everyone had fun!

Lao Zi don’t want you to be responsible!

Lao Zi really don’t want you to be responsible!!!!