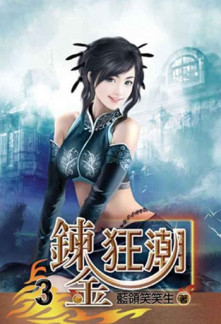 In my previous life, I had been ordinary all my life. When I reincarnate, this time, I want to find a family which has authority, power and money!

I want to become a prodigal son! A prodigal who has authority, power and money! Yep, it would be great if there were some lackeys who followed behind me too.

I want to squander money, I want to be a prodigal son!

[I want to let the world confront a surging tide – an Alchemist Surging Tide!] Introduction by staff: Ye Lang was a person who wanted to live an ordinary life, but alas, life kicked him to the curb after giving him some candy. In his next life, Ye Lang doesn’t want to be ordinary anymore, he wants to do what he hasn’t been able to: Squander money like his life depends on it!

This is a novel that tries to avoid the regular xianxia clichés. So if you are tired of the clichés and the arrogant MC’s, then this is definitely the novel for you.