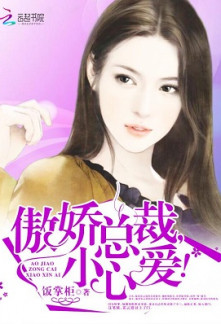 She was the little chief secretary at Huo Yunting’s office, who carried out jobs both on the table and “under” the table.

She was also his obedient wife at night, fulfilling his needs.

It was a repentance, a redemption to her sin, Lu Zhaoyang was swallowing all these humiliations as heaven forbade, her mother was the other woman in this ugly affair with the wealthy Huo family, and eventually shattered the entire family, droving Huo’s mother insane.

It was probably the fairest, also the most horrible bargain of Lu’s life as Huo Yunting raided their house one day.

“You would compensate with your body. On daily basis.” The offer was made and she could not say no.

“If you think you aren’t having enough fun… Well, perhaps we could play the divorce game, then we could have another marriage, making the same vow with you always as my bride. I can do this, again and again. Again, and again. Isn’t that sweet, honey?”

Was it heart-moving, or simply tear-moving?

Huo Yunting, he’s a devil, both body and soul a devil!

As you see dominance occurs in the classic office romance taken place in modern world with a hint of quirky comedy and heart-wrenching episodes!